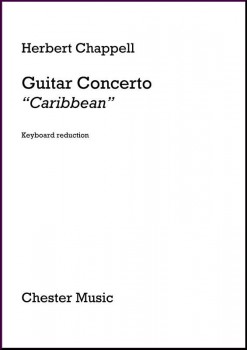 This concerto, casts the guitar almost as a member of the percussion family from the very beginning, explosive in its energy, easing into song for its second theme. An extensive cadenza takes the soloist to the highest note before plunging into an appropriately hectic ending. A simple (but all the more telling) guitar solo opens and closes the middle movement, a nocturne with another extended cadenza. The movement starts in meditation, grows into a broad chorale-like melody, and moves into rage before the orchestra intervenes to return to the calm of the beginning. The boisterous and carefree flavour of the last movement, sketched while on holiday in Antigua during Carnival, gives the concerto its nickname. This riotous and exuberant finale generates an irresistible rumba, bringing together themes first heard at the very beginning of the work, particularly the rasqueado strumming and the tamburo percussive effects. The moods and flavour of the Caribbean are very acutely captured, not in a tourist photograph but in an obviously loving, spiritual portrait. 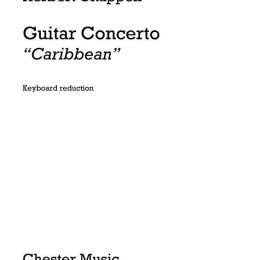