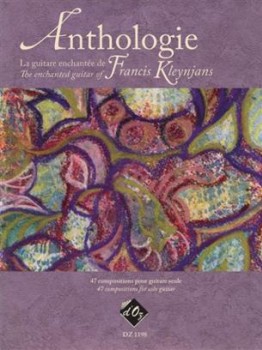 With over 700 hundred compositions behind him, the French guitarist Francis Kleynjans has to be one of the most prolific composers for the guitar in modern times. Unsurprisingly, in that proliferation there are a few disappointments in the musical standards along the way; however, it has to be said that in my experience a large percentage of his work contains lovely, albeit at times, syrupy, melodic lines and nice, pleasing harmonies.
This sizeable collection of Kleynjan's works brings together in one volume 47 previously published editions, the majority of which were produced as separate single publications and many, if not all, have received reviews previously. (There are actually 71 compositions altogether as some of the opuses have several movements).
Herein is a miscellaneous mixture of musical styles including tango, milonga, habanera, sicilienne, samba and choro with the composer having a particular partiality to the waltz, of which there are many; there are slow and reflective compositions sitting alongside quick, rhythmic ones and most slot into the «exceedingly melodic« category.
The earliest opus number is 21 (from 1974) and the latest is 251 (from 2008).The technical standard required to play these works range from around Grade 3 up to Grade 6 and the presentation all round is excellent. 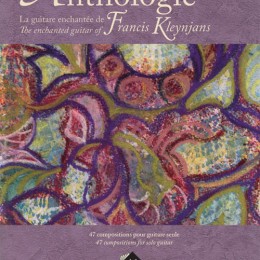 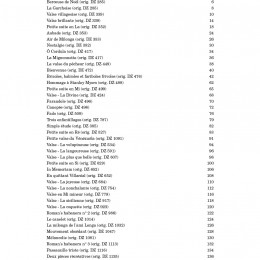