Next posting day is Friday 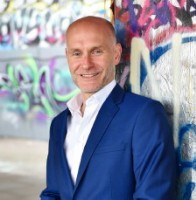 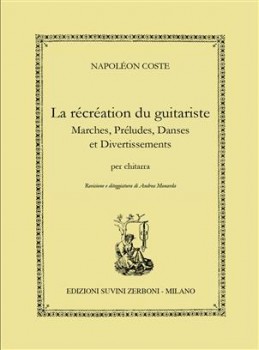 Between the Opus number 47, namely Source du Lyson, and the Opus number 52, Le Livre dor du guitariste, both volumes by Napoléon Coste (1805-1883), there are for other works (from number 48 to 51) in which we find musical gems which are very helpful in developing the knowledge of the own compositional style of Coste.

This volume can be that intermediate step between the exercises included into the Méthode by Sor-Coste and before more complex works such as Études op. 38, Souvenirs. op. 17-23, Source du Lyson and Le Départ op. 31. We underline that the didactical importance of the pieces published in this volume is not only due to their musical writing, which has been focused on a gradual difficulty of the pieces, but also to the chronological order in which they have been composed.

According to Noël Roncet, author of the book Napoléon Coste  Composer, the Six Préludes op. 49 (which are here published as well) have been composed around 1870 whereas the Études op. 38 have been composed in 1873. We can, therefore, say that in those years Coste was developing a writing through which he could have guided the guitarist to read his more complex works.

In some of the pieces here published it appears the D note in the low register: such a note can be played on a seven- string guitar without any modification to the tuning, whereas on a six-string guitar the sixth string should be tuned from E to D. In the Méthode compléte pour la guitare by Fernando Sor rédigée et augmentée de nombreux exemples et leçons, suivis d'une notice sur la 7e corde by Napoléon Coste we find a chapter in which Coste himself talks about a seven-string guitar that he ordered to the luthier René François Lacôte. Through the seventh string, Coste was seeking for a sharper projection and depth in sound regarding those chords in which D is the tonic degree.

In this volume, some of those Ds have been transposed an octave higher, though at the bottom of the modified page the original version can be found: this operation has been thought in those cases in which this process would not modify the music material, taking also into account that a guitarist who wishes to read these pieces does rarely own a seven-string guitar.

Particularly, regarding two pieces (namely opus 49 n. 1 and 3) the sixth string has been tuned from E to D seeing that the tuning of this string did not cause any unusual extension of the left hand. On the contrary, the pieces opus 50 n. 1 and 2 have not been included into this volume because the transposition could have affected the music material: the pieces opus 50 n. 3 and 4 have been nevertheless included.

We are convinced that the guitarist who reads the pieces here bundled will feel encouraged in reading more complex works by Napoléon Coste, seeing that through this pieces he will be guided through a path which will help him to develop a deeper musical awareness.