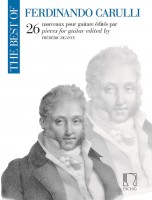 Welcome to information and products from our Piano & Guitar range.

We currently have 137 products within our entire Piano & Guitar category.